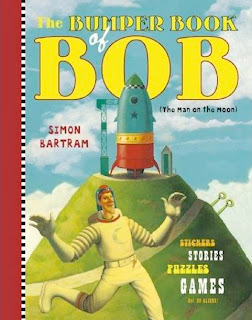 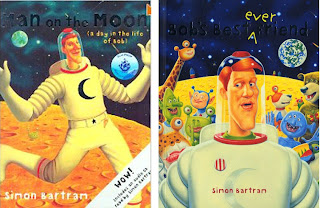 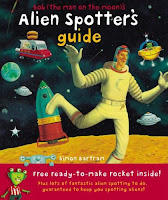 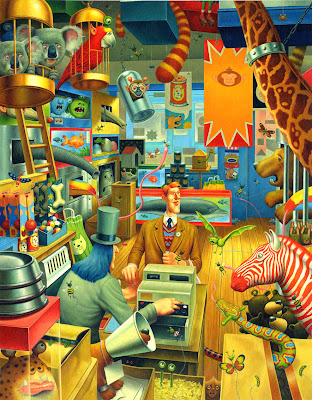 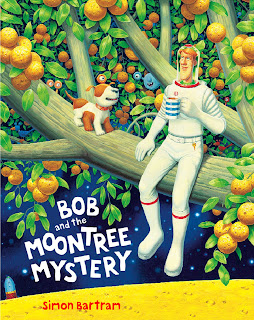 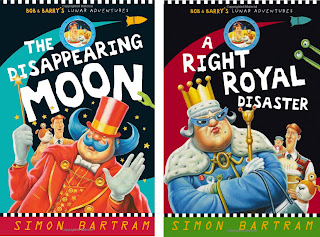 For people who have read the picture books and want to read a longer story about Bob there were two books published last year. They're called The Disappearing Moon, and A Right Royal Disaster. Bob gets into some awful difficulties but he seems to manage to sort things out in the end. It's a good job he's got Barry to help. 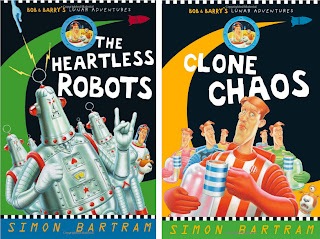 And now there are two more books in this series, Clone Chaos and The Heartless Robots. Simon was very pleased because Clone Chaos has been reviewed by LoveReadiong4Kids. You can read that here.

Here are two of the pencil drawings from The Disappearing Moon. One is of the crowd of people on Earth looking up at the Moon, and the other is a surprise. 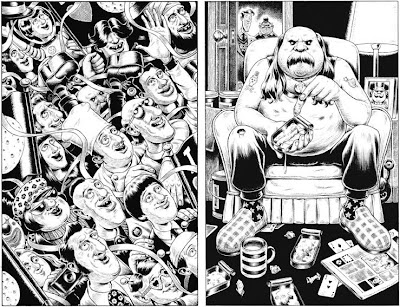 Back to the home page
Posted by Simon Bartram at 02:42 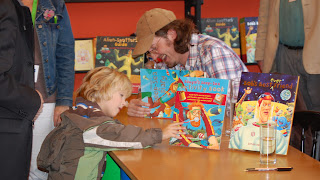 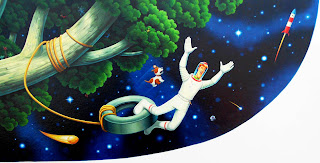 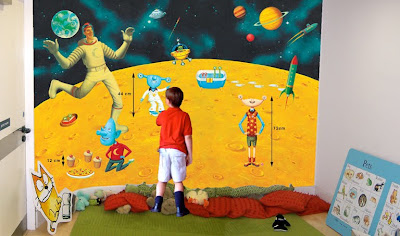 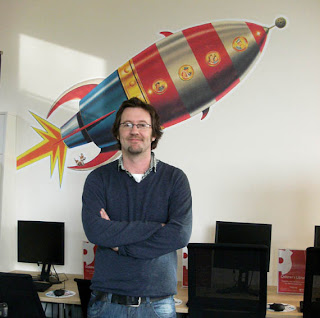 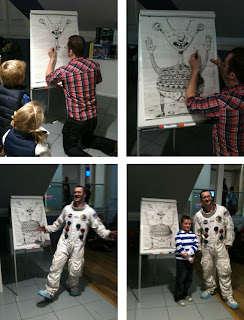 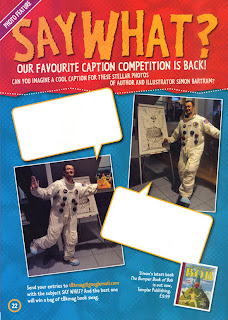 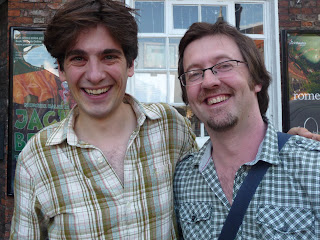 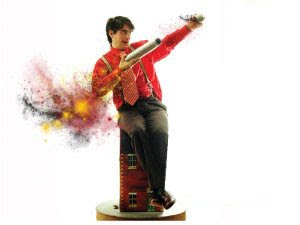 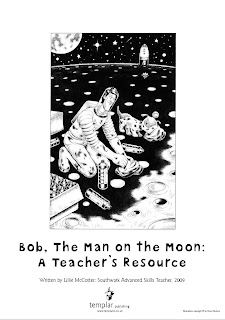 Sometimes teachers like to read books about Bob in schools so Simon's publishers (Templar Publishing) have produced some good things to help them. You can download them all here.

And in 2011 Simon's book about The Disappearing Moon was been chosen for the Summer Reading Challenge. Their theme was "Space Hop" so that ties up rather well. And, of course, there are now three more stories about Bob. The series is called the Lunar Adventures of Bob and Barry and you'll find them on Amazon.

Back to the home page
Posted by Simon Bartram at 02:26 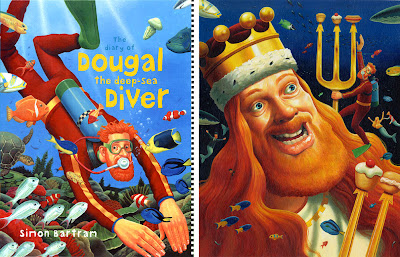 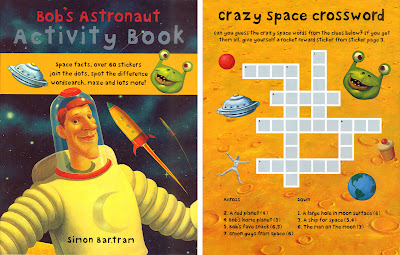 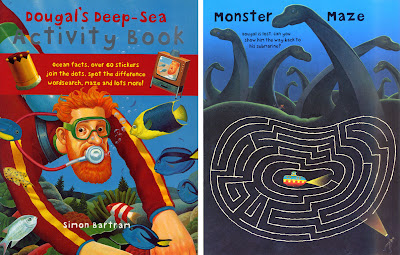 There are two activity books full of puzzles, wordsearches, mazes and plenty of stickers.

Back to the home page
Posted by Simon Bartram at 01:41 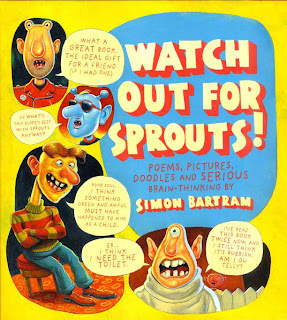 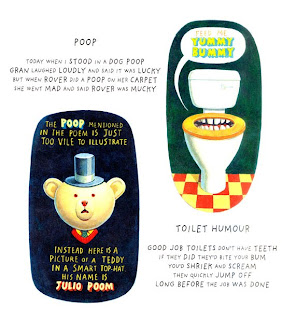 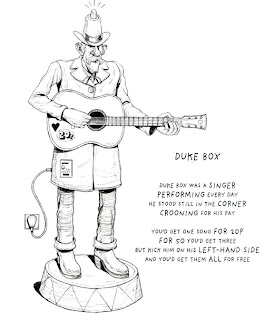 When Simon's not thinking about Bob he often writes a poem. In fact he's written a whole book of poems. Here are some of his favourites. They're from his book Watch out for Sprouts.

If you can find a copy of the paperback edition of the book you should find that there's a CD in the back. Simon was recorded reading some of the poems and it works really well as there's nothing better than hearing a poet reciting his own poems.

Back to the home page
Posted by Simon Bartram at 01:31

Originals and Prints for Sale 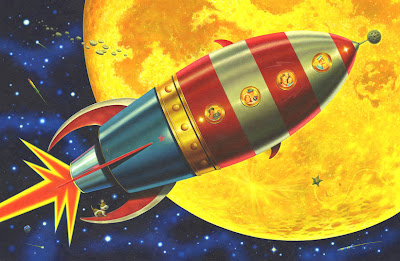 You might be able to tell from Simon's pictures that they take a long time to paint or draw. There is such a lot of detail in each one - and there are often aliens who pop up - so they need to be painted too. If you'd like to see some of the paintings and drawings you can find them on his agent's website. They sell the original paintings for Simon. Sometimes there are prints for sale too.

Back to the home page
Posted by Simon Bartram at 01:10